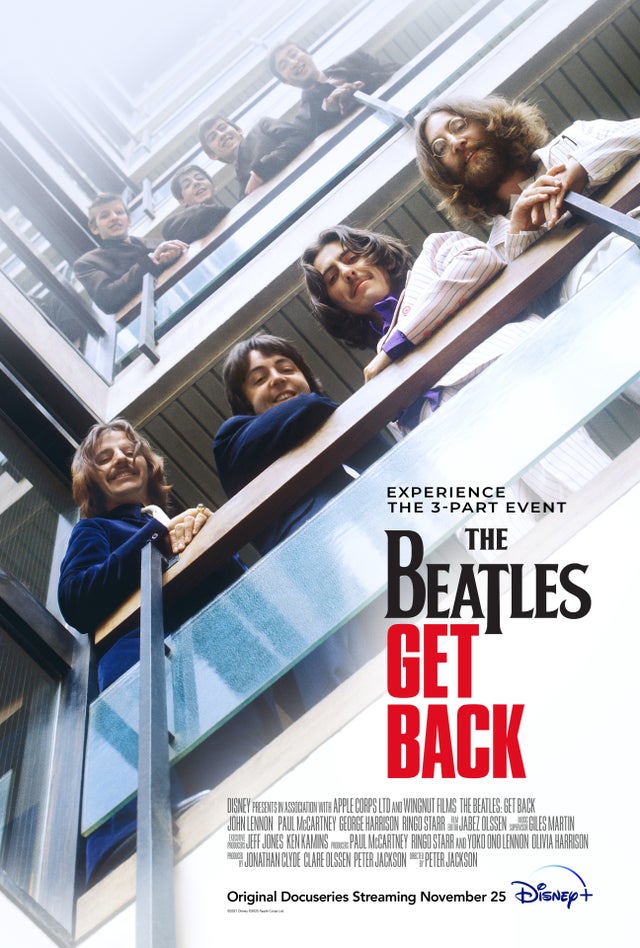 A 100 minute version of the new Peter Jackson documentary series “The Beatles : Get Back” has been secretly prepared for cinematic release, and premiered last week at Cineworld Empire cinema, Leicester Square, London for an invited audience.

Among the luminaries there were Sir Paul with daughter Mary, Dhani Harrison, Zak Starkey, Pattie Boyd, Giles Martin etc. Sir Paul was on stage, welcoming the audience before the film commenced.
Aside from this gala premiere, the 100 min film is being screened for a specially invited audience in many cities around the world next week. So what is this? Is it the film as it was back when it was really intended for theatrical release? As you may recall, that was the plan at first, only a lot later it was expanded into a 6 hours long documentary series in 3 parts to be streamed on Disney+. That may be overkill for your casual audience, and this 100 minute version may be all they are willing to sit through. Or is this simply the 1st 100 minutes of the documentary series? We’ll know for sure next week, as we are attending one of the screenings.

The questions everyone seems to keep asking these days are ; So will it be released in home video formats? What about the “Let It Be” film?

As you may or may not know, nothing has been said officially about this. But here’s a rumour we heard. According to a trustworthy source who helped with the film, the original “Let It Be” film will be separately released on DVD/BluRay, probably in 2022. As for “Get Back”, the physical releases on DVD/BluRay will include an extra 6 hours of footage, making it 12 hours of content. I guess you’ll need as much to convince the naysayers that the “Let It Be” sessions really weren’t so bad after all.