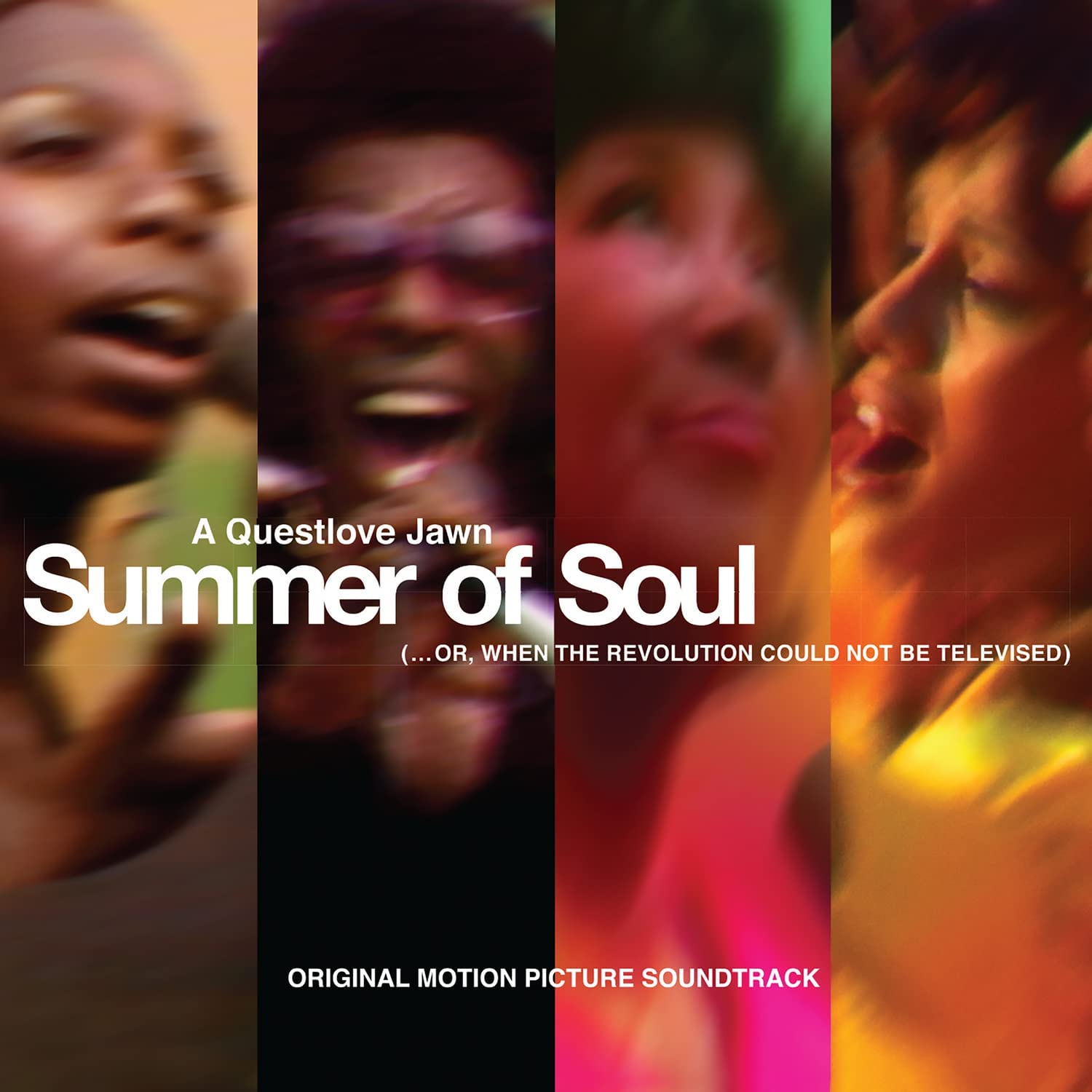 Last summer, as some music lovers took tentative steps in getting back to concert going amid the early vaccinations against covid 19, Ahmir 'Questlove' Thompson gifted audiences with an incredible display of live performance some 50 years in the past. "Summer Of Soul" is The Roots drummer's debut documentary, concerning a little seen arts festival in Harlem that took place before, during and after that year's Woodstock Music & Art Fair, with some of the greatest soul, blues and jazz performers of the late 60's gracing the stages. On January 28th, 2022, Sony Music and Legacy Recordings will make a soundtrack to the acclaimed film available, featuring more than a dozen performances from those sets.

The Harlem Cultural Festival took place in the New York City neighborhood through 6 weekends in the summer of 1969. Stevie Wonder, Sly & The Family Stone, Mahalia Jackson, Staple Singers, Gladys Knight & The Pips, The 5th Dimension and others all made appearances, nearly all of them at or near the peak of their critical and commercial influence. Questlove's documentary, which picked up honors at the Sundance Film Festival and the Critic's Choice Awards, is currently nominated for a Grammy and would not be a surprise to be seen at the Oscars next year, offers extraordinary insight into this breathtaking festival, occurring at a major flashpoint for American cultural history. The concerts' mostly black audiences held these performances in high esteem literally as events like Woodstock and the moon landing occurred simultaneously. Through little seen, meticulously restored footage of the original performances and testimonials from the surviving performers, Quest has created what many have hailed as one of the greatest music documentaries ever, a powerful mix of historical context and information for present and future generations.

The "Summer Of Soul" soundtrack album, available on CD and digital this month and on vinyl at a later date, will boast 16 performances from those sets, including Sly & The Family Stone, Gladys Knight & The Pips, Nina Simone, Staple Singers, BB King and David Ruffin. The digital version includes 1 extra track, a collaboration between jazz vocalist Abbey Lincoln and drummer Max Roach. Sly & The Family Stone's scintillating version of "Sing A Simple Song", recorded nearly 2 months before their acclaimed Woodstock set, is the 1st track you can hear from the album.

Legacy's press release, including a statement from Questlove that promises musical manna that hopefully won't be the last serving, leaves open the possibility of more "Summer Of Soul" releases, but for now, the 1st official album from these historic performances will be one of 2022's 1st exciting catalogue titles.