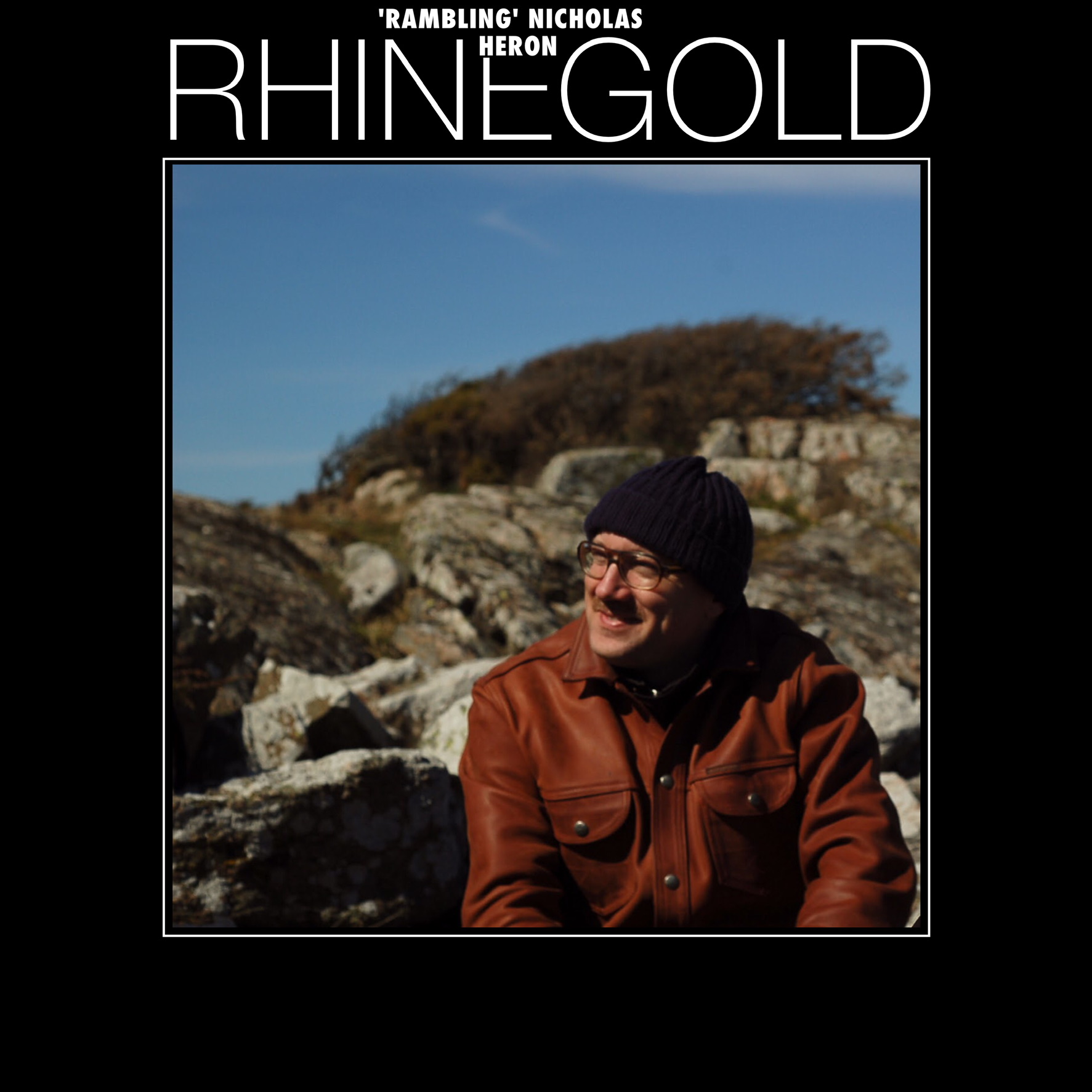 "'Rhinegold' began in the autumn of 2019 with pre-production of most of the 10 songs that make up the new album. Then it was harmonica on most of the recordings in the style of how you would think Snufkin (of Moomin) played harmonica. This is also this origin of the title. Hohner's powerful tremolo harmonica Rheingold. We recorded all the songs in one day in early January 2020. It was live in the studio in the station building in Länghem. It's not a studio exactly. Tile floors and large rooms in file and the railway just outside. In addition, we had no studio technician. We set up 4 mics and recorded on cassette. We thought it sounded great. Then it was sweetened a bit in the computer and I played a little jazz guitar all over it. Since we scrapped the idea with harmonica on everything, Adde recorded his flute melodies from home. He's absolutely amazing." ~ Rambling Nicholas Heron

Previous Next
More about Rambling Nicholas Heron
Next