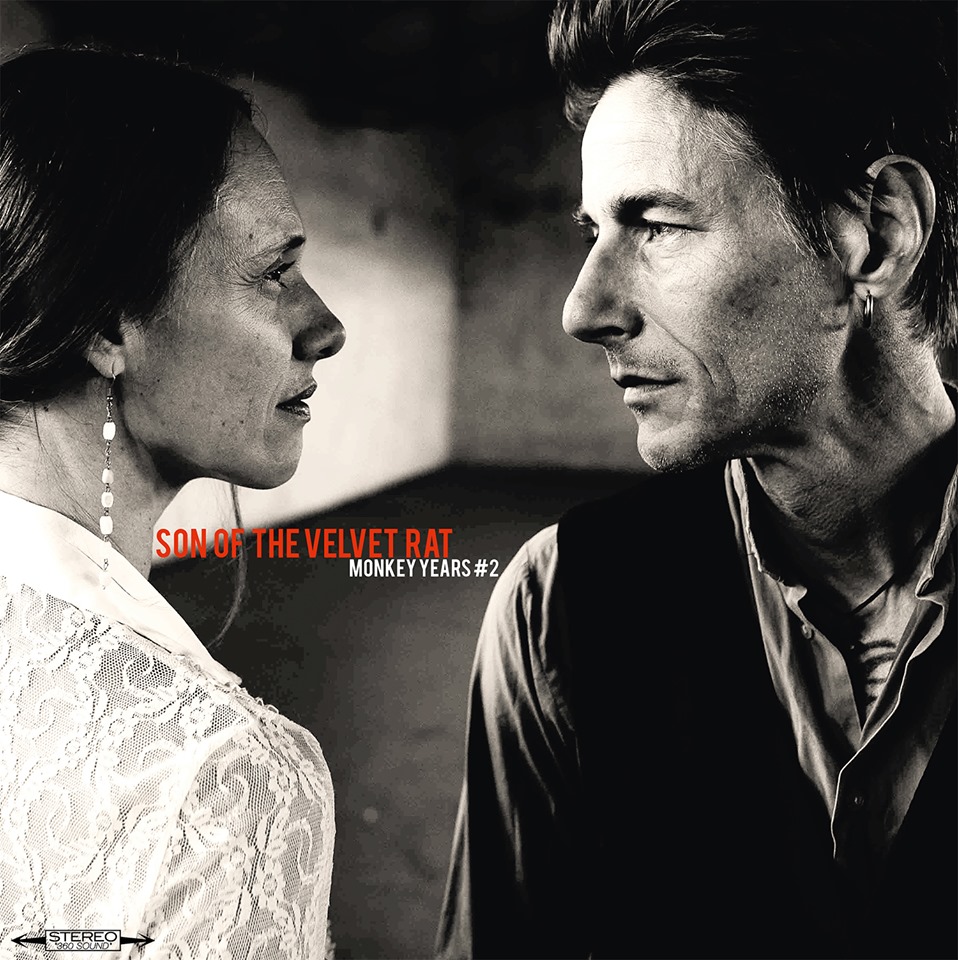 Son of the Velvet Rat celebrates the release of their anthology "Monkey Years #2". This latest collection, culled from a deep dive into the albums "Loss & Love", "Red Chamber Music", "Firedancer" and "Reaper" is a treat for those willing to track americana to its farthestflung outposts and represents a sampler of S.O.T.V.R.’s considerable back catalogue. The collection also includes 2 previously unreleased tracks, “Mother Of Pearl” and “Sirens”.

Son Of The Velvet Rat is the solo musical endeavor and masked identity of Georg Altziebler, sometimes shared with his wife, Heike Binder, who, having left their hometown of Graz, Austria, and the cloistered safety of the continent for the endless highway of America, finally settled along the edge of California's Mojave Desert in Joshua Tree in 2013.

Situated at the vanguard of euro folk noir, these songs build on the cabaret traditions of old world masters like Georges Brassens, Jacques Brel and Fabrizio De André, now fused with the dark old testament prophecy and kabbalistic visions conjured by new world visionaries Townes Van Zandt, Leonard Cohen or Bob Dylan. The result is like some exotic desert fruit, equal parts bruised pulp and scarified skin, set off against the crepuscular glow of the violet horizon or blood pooled on the desert floor, all delivered in what accidental fan Lucinda Williams, who guests on 2 tracks, calls Georg’s 'great sexy gravelly voice', leavened by Heike’s translucent harmonies, like roses circling a tattooed heart.

In this collection, Son Of The Velvet Rat, its storybook provenance embedded right there in the name, returns with a transcontinental caravan of trumpets, flugelhorns, mandolins, vibes, glockenspiels, hurdy gurdies and the odd musical saw. To those on these teeming shores, such muted tones and gradated shadows might seem like eurocentric reticence, which can take something like “I Will urvive”, Gloria Gaynor’s defiant disco era anthem of all tomorrow’s parties, and render it trapped in amber, the last declamation from a dying candle in a dark café. And yet a song like “Trapped Sunlight”, wrought with an outsider’s eye and handcrafted elegance, presents as cogent an appraisal of the bright abyss of Los Angeles as any of the legion of artists and intellectuals who have ever attempted battle with that great infected Oz :

“Come, come get a grip, on the hole in your heart, come, come try to rip it out and tear it apart, blind in the sun, you’re blind as a mole, you need all that sun to fill up that hole.” ~ Paul Cullum

Previous Next
More about Son Of The Velvet Rat
Next