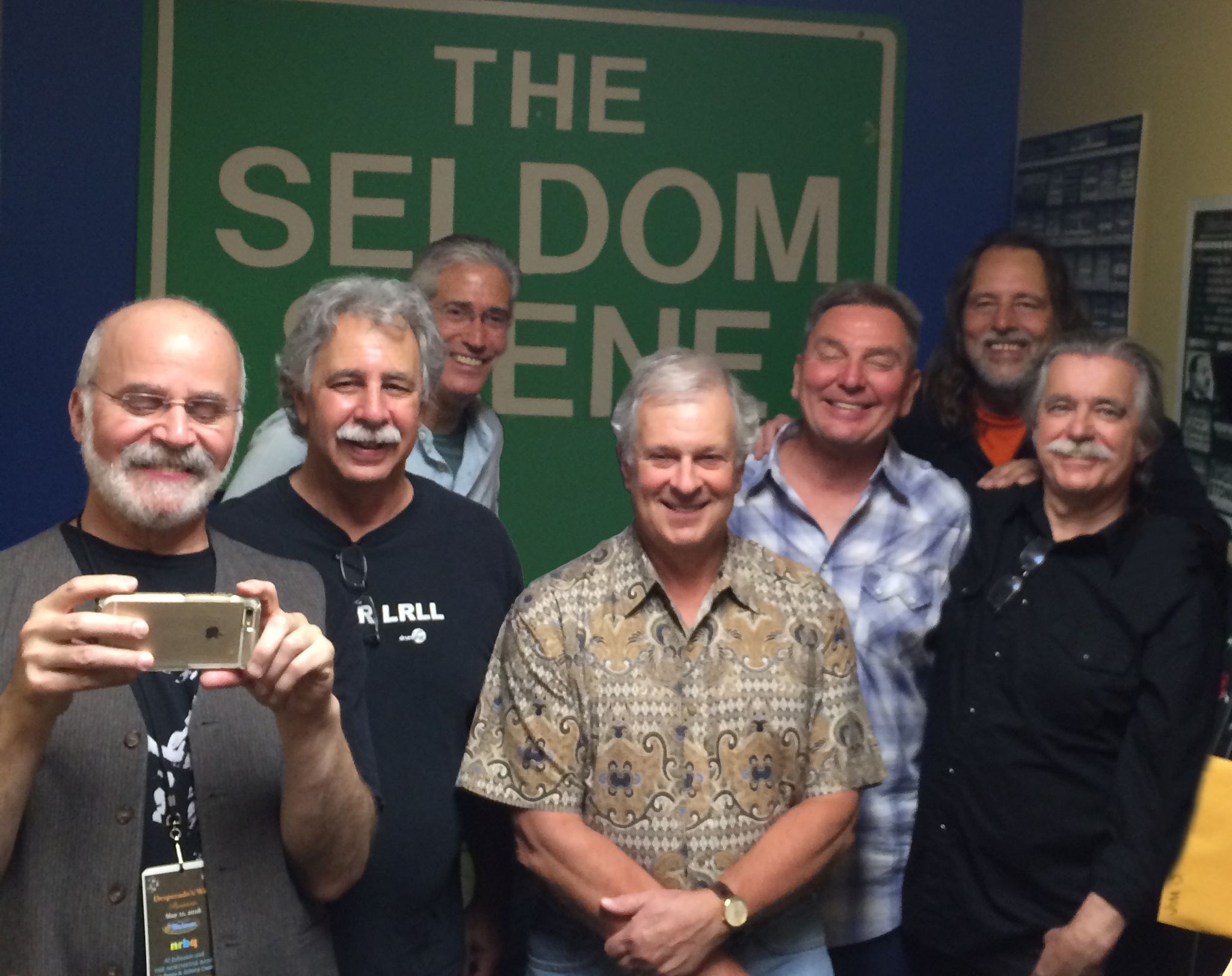 The band that time forgot - Welcome back to kick ass country!

1976-1982 : Return with us now to those thrilling days of yester year, when the horrors of late 70's disco, and the ravages of early punk rock, had left hard core music fans stranded. When long haired freaky people still roamed the earth, an endangered species. At a time when country music’s traditional forms had grown stale, and rock had lost its roll, country rockers stepped into the void. Some were outlaws, some were hippies, but all were keepers of the flame of authenticity, and when they came together, the heavens opened up. Look, up in the sky, it’s not Elton, it’s not Travolta. It’s The North Star Band!

"THEN" : 4 decades ago, TNSB fans piled into dance halls and honky tonks across the country to hear them play their original music. In venues long faded to dust, Desperados, The Lone Star Café, The Carolina Opry House, County Line, Exit Inn, 117 South Main, to name a few, they played more than 300 nights a year. Lou with his soulful ballads of love and loss, Jimmy with his velvety voice, Dave with his rich vocals and incredible story songs, Al with his offbeat look at rednecks, hippies and Wild Turkey, and Paul with his soul searching laments, the boys offered fans a band of many colors. Records were vinyl and spun at 45 and 33 rpm.

Back in the days of analog, TNSB recorded their 3rd album in the summer of 1982, but it was never released. A recession, hard times, and life’s imperatives intervened. "THEN" is here, remastered and ready to be heard for the very 1st time.

"NOW" : Fast forward 40 years. A reunion show to a packed house at the Birchmere in Alexandria, VA, gave birth to "NOW", a collection of newly recorded material. Surprising even themselves, the band came together in the studio to record 10 new songs that not only capture the sound and soul they delivered back in the day, but offer a fresh bold look at the country rock genre they left behind. The playing is sharp and crisp, and the vocals retain that around the campfire feel. Their music is timeless, and the quality of the songwriting and performance seems effortless. These guys are the real deal.

A tip of the hat is due to other players who passed through this band, legends in and of themselves. Danny Gatton, Steuart Smith, Bruce Bouton, Mike Melchione, Dave Elliot, Bobby Spates, Jim (Ratso) Silman, Chad Bruce, Johnny Castle and more.

Yes, the earth has turned since those days, and yes, times have changed, but with the release of "THEN & NOW", you’ll hear a rebirth of the roadhouse groove. These recordings, old and new, capture the excitement of years spent on the road, telling stories about life and love with a troubadour’s voice and an authentic sound. "THEN & NOW", the feeling is the same, and perhaps that alone can help restore our faith in the way things ought to be.

I know, I was there. And we’re still here.