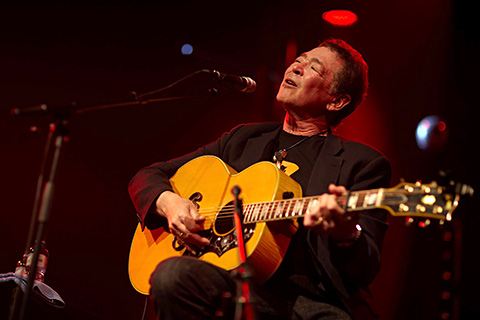 Robbin Thompson was the lead singer in the Bruce Springsteen band Steel Mill. He has won the American Song Festival twice, and has recorded more than a dozen albums. Thompson, along with friend Steve Bassett, authored the song "Sweet Virginia Breeze", which is considered by many to be the unofficial state song of Virginia. He has also written and recorded songs with Eagles bassist Timothy B. Schmit (who also sings harmonies on many of Robbin's recordings).

"My music has a taste of Eagles, Poco and Bruce Springsteen because I've played with and written tunes with them. I'm an acoustic guitar player-singer-songwriter that also plays several Asian instruments. This CD includes a song I performed with a Thai instrument called the Phin. I recorded a couple of classics from the past to honor writers that have influenced me over the years giving them my own spin. You probably won't recognize them until the lyrics come in. I hope you enjoy this CD as much as I enjoyed recording it."