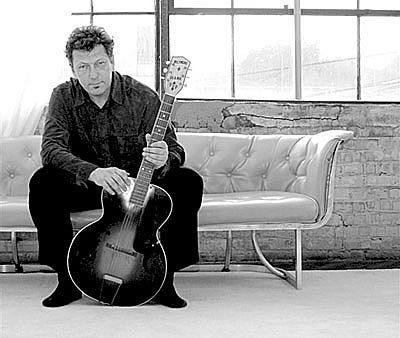 Ralston’s father played the fiddle, guitar and banjo in the Appalachia hills before he moved to Gary, Indiana to work the Steel Mills. With instruments throughout the house Ralston learned early they were for making music not just hanging around. Ralston's first professional job was at the age of 16 when he was asked to make up one of his story songs for a neighborhood party. After graduation he found himself playing in clubs and coffeehouses throughout the Midwest making up songs about the people and places he visited.

His songwriting has been lauded by many, and his songs have been performed and recorded by Caroline Aiken, Peter Mulvey and Rachael Davis. He received numerous awards for his writing from a variety of organizations including American Songwriter Magazine, NSAI/CMT, Unisong and the ISC (International Song Competition) and As A Kerrville New Folk Finalist. He even found himself opening for such artists as Shawn Colvin, T-Bone Burnett and Arlo Guthrie.

But it was only after years of coaxing he found himself recording his own material with producer Marvin Etzioni. The recording, "Carwreck Conversations", earned him triple Jammy Awards locally and recognition as best musician in West Michigan by Grand Rapids Magazine. It has also opened doors for his doing more outside the Midwest, and lead him to his first commercial release through Judy Collins’ Wildflower Records.

"A mature, thoughtful portrait of age, youth, and the place 'where dreams and truth collide." - All Music Guide

"'Carwreck Conversations' is chock-full of the smart and catchy, rock- and folk-tinged material that has long made Bowles a coveted performer throughout the Midwest." - Grand Rapid Press

He has become a bi-annual favorite at Boston's Club Passim. He has continued to build on the relationships and music opportunities which has led him completing a second disc with producer Marvin Etzioni (to be released on Wildflower Records late 2008) and includes the talents of Gurf Morlix (Lucinda Williams, Slaid Cleaves, Ray Wylie Hubbard) and Radoslav Lorkovic (Greg Brown, Jimmy Lafave, Odetta) and Charlie Sexton (Bob Dylan).