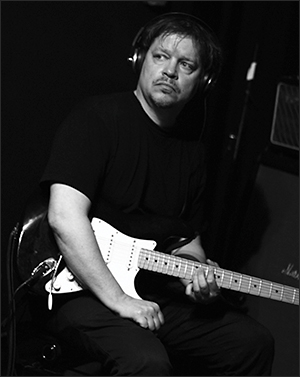 World Wide Vibe Records is pleased to announce the release of a new 13-song album, “Adventures In Bluesland” from Phil Gammage. Masterfully produced by Kevin Tooley, it features Phil singing lead vocals and playing guitar and harmonica. Don Fiorino is on lap steel guitar and banjo, Richard Demler on bass, Tooley on drums and percussion, and Joseph Nieves on backing vocals.

Gammage draws his musical inspiration from many sources of roots music, but in particular it is the most American musical form of all — the blues (which is the true essence of man and womankind) that defines this new collection of songs. Phil deconstructs blues music and then reassembles it with a unique sensibility toward the human condition. The result is a music that is sometimes raucous, sometimes creepy/moody, and always grooving.

This collection features several new Gammage compositions, as well his unique versions of traditional songs. Unlike many of the new breed of blues-inspired musicians, Phil pays tribute to, but doesn’t copy the form. It’s a happening and unique sound and no one else plays it like he does. As the album title “Adventures In Bluesland” describes, it truly is an adventure exploring the blues.

Phil Gammage is an American musician, composer and recording artist best known for his seven solo albums and work as a songwriter, singer, harmonica player, and guitarist. In addition, many of Gammage’s compositions and recordings have been used in television and film. Phil has recorded and performed internationally and this is his first album release for World Wide Vibe Records. Originally from Houston, Texas he is a longtime resident of New York. When not playing music Phil likes to watch sports on television, eat Mexican food, and read books about the JFK assasination conspiracy.