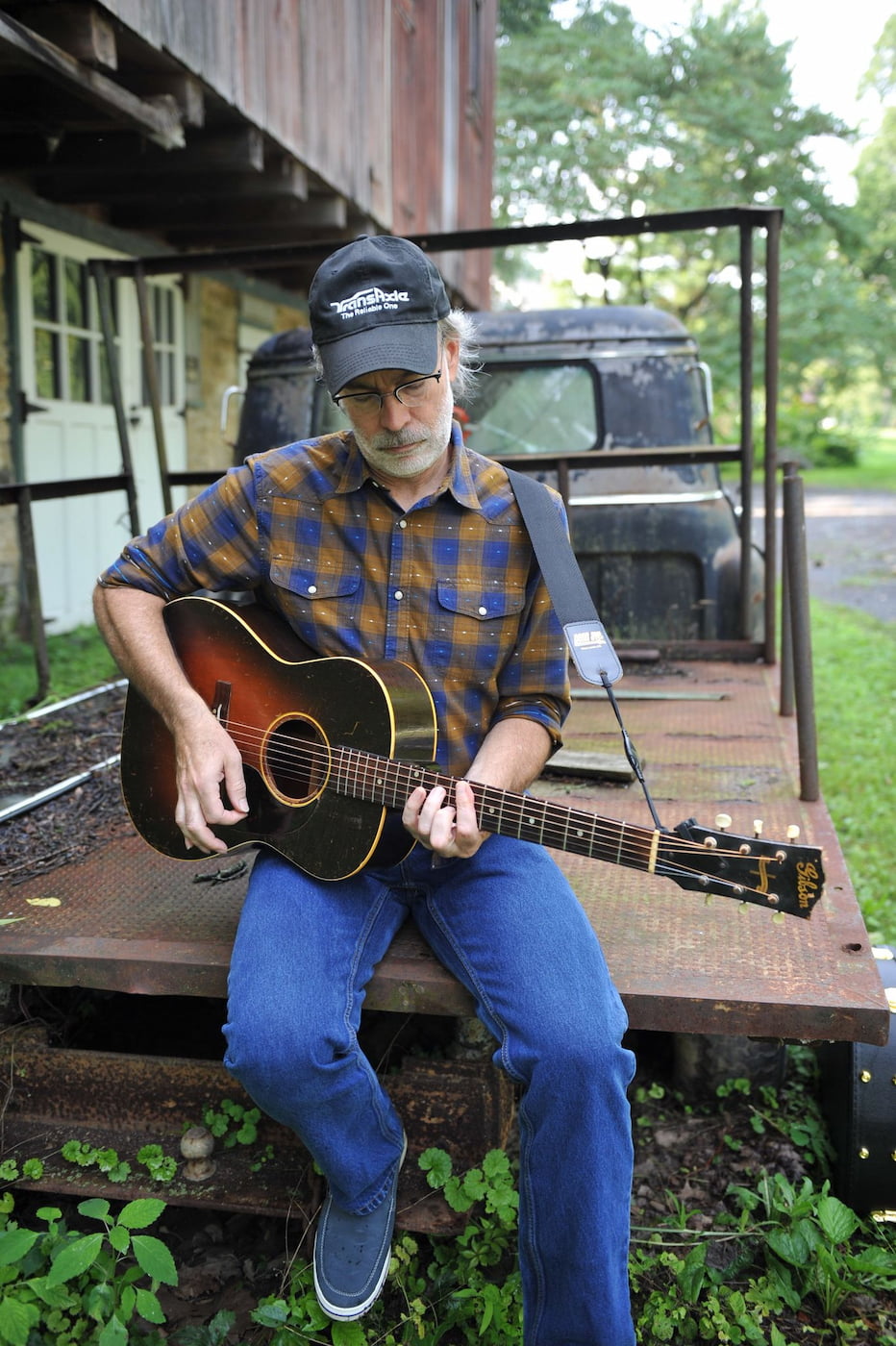 "Broken Down Love", the follow up to Peter Rogan's critically acclaimed debut, "Still Tryin To Believe", features 10 originals and 2 cover songs blending modern americana, folk, vintage rock and blues. The tracks were recorded during the 1st week of May 2021, in Nashville, at The Cowboy Arms studio with multiple Grammy winner, Sean Sullivan, engineering and mixing. Rogan, a 3 time finalist and one time winner in the Great American Song Contest, wrote or co-wrote 10 of the 12 songs. The 2 covers are a Memphis soul version of the Rolling Stones' "It's Only Rock'N'Roll”, featuring horns and female background vocals, and also an up tempo version of John Hiatt's "Thank You Girl”.

The title track, "Broken Down Love”, builds on a Dennis Holt loop of garage clatter as Rogan tells the tale of a man capable of fixing anything around the house with the exception of his marriage. The song opens up with the woman lying in bed and the man lying under his truck in the garage. Rogan's exasperated handy man finally whispers in the last verse, "truth is, I'd trade it all now, to fix this broken down love”. The solo features Will Kimbrough and Phil Madeira exchanging lyrical volleys on guitar and lap steel respectively on this poignant song.

The McCrary Sisters join Rogan on the 2nd tune, "Short Shifter Blues”. A funky number inspired by a phrase in the steel mill that means only having 8 hours between work shifts, to go home, eat and sleep before returning. "Dark to bed and dark to rise, wrench the tired from your eyes. Comb your hair, put on your shoes, just another day with them Short Shifter Blues”. Next is "Back To Natchez”, about a young truck driver who finds his bliss out on the open road on top of 18 wheels. That is, until the day he stops into a diner in Natchez, Mississippi.

The cover of "It's Only Rock'N'Roll” is a scorcher featuring Will Kimbrough on slide guitar, all 5 women on background vocals, and the Memphis style horns of Nashville ace, John Mark Painter, on baryton, tenor and trumpet. "I wanted to do a song in tribute to the Stones, but at the same time, do something a little different. So we added the female vocalists and the horns to give it a little bit of a Memphis flavor”, says Rogan. "Will Kimbrough's fantastic slide guitar was the icing on the cake”.

"Dancing' Naked” was written at the height of covid's 1st wave in 2020. Rogan said, "My wife is a therapist and she was telling me how stressed out all her female clients were at the time. I had the title on my phone and I just thought about what kind of silly thing a guy could do to cheer up his wife when she's that stressed out. So I imagined him sending her a text that said something like ‘oh by the way, honey, I'll be dancing naked when you come home tonight', just to give her a smile, you know?”. The song features a raucous harmonica solo by Kimbrough.

"My Kinda Strange” is a straight rocker written by Rogan and Marissa Wilkins. The song has already been covered by Ariel Hutchins, an up and coming Texas songstress, and features Rogan on lead guitars and the McCrary Sisters on background vocals. The song was inspired by Rogan's daughter's humorous comments about some past boyfriends. "Don't Be Afraid Of The Rain” was penned by Rogan, Kimbrough and Christine Harbach. "The song is a look back at some crazy things we did in our youth while it was pouring down rain”, says Rogan. "In this case, things we did in our youth that we would never think of doing now. But, looking back in fondness, and gladness that we did them”.

In order to help fund the new album, Rogan decided to sell off some of his objects he held close. One being his 1975 Honda CB750K motorcycle which he had restored himself. "The buyer asked me why I was selling the bike”, said Rogan, "and I told him that I didn't ride as much and that I was also making a new album and was getting rid of some things to help fund the project. He said, ‘Oh, so I guess you're burning your ships, eh?'. So that's how the song 'Ships A Burnin' came about. It's about trying not to look back, to keep moving forward and focus on a dream you've had your whole life”.

The album winds down with the John Hiatt song, "Thank You Girl”, which features Will Kimbrough again on slide guitar, and Cindy Morgan and Jenny Littleton providing background vocals. Rogan adds, "I've always loved ‘Thank You Girl', and had charted it out for the guys but decided a few days before the sessions to shelve the song. But, we had 45 minutes of recording time left on the 2nd day, and Phil Madeira held up the chart and said ‘Why don't we do this?'. So, thanks to Phil for that! I'm so happy how that song came out. It was just the 2nd take and done!”.

This album is a continuation of that dream of Rogan's, to make records, a dream he's had since a teen but didn't get around to doing until his late 50's. Rogan explains, "A dream is a funny thing. The most important step I've learned, is to decide and start. I'm so glad I finally took a step and met Phil when I did. It has opened up a lot of doors. I just hope a song or two of mine will connect with folks in some way that makes their lives a little better in these times”.

An electrician by trade, Peter Rogan clocks in 5 days a week at a Pennsylvania steel mill. A professional guitarist in the Philadelphia area for 3 decades, Rogan didn't make writing songs his priority until 2014 when he met Phil Madeira at a songwriting workshop in lower Maryland. His career began in rock bands when he was a teen. In his early 20's he discovered folk, blues, acoustic music and jazz. During that time he opened for Doc and Merle Watson and Tom Paxton. In the mid 80's, Rogan moved to New York City and studied jazz with Leni Stern, John Abercrombie, Wayne Krantz, and others. Moving back to Pennsylvania he has worked countless gigs in dance bands, wedding bands, horn bands, jazz duos, trios etc.