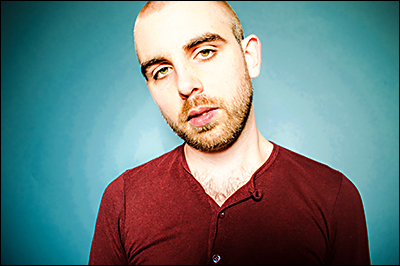 People vs Larsen has offered an innovative voice in the indie and blues music scenes in New York since 2012 and have established themselves as one of the best live bands in New York City. Emanating from a wide breath of influence centered around the blues, People vs Larsen delivers a musical experience which infuses blues, rock, jazz and indie music, and gives audiences a powerful, soulful and uplifting experience.

Tom Larsen, guitar and vocals, Spencer Murphy, bass, and Jordan Rose, drums, released their debut self titled record in the fall of 2012, and are releasing their 2nd album “Loving Losing” in early 2017.

“Loving Losing" features the addition of renowned Crosby Stills & Nash organist Todd Caldwell, and showcases the breadth of Tom Larsen's compositional and arranging prowess, from the massive, orchestral arrangement of Feist's ”Limit To Your Love”, to the gritty, hard charging blues rock groove of ”One More Time”, from the funk infused brass sounds of ”Big Leg Woman”, to the poignant, lush colors and counter lines of ”When I Call You”, or haunting, virtuosic intimacy of the acoustic tracks such as ”Big Brass Bed”, ”Loving Losing” is a truly complete record from start to finish.

People vs Larsen has played venues across New York, and continues a four year residency at the McKittrick Hotel. They have toured all over the Northeastern US, California, south eastern US, as well as Mexico. The group is currently working on material for a 3rd album to be released on One Trick Dog Records at the end of 2017.