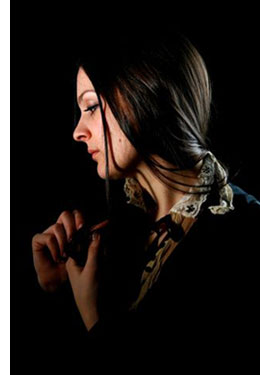 Born in London, Nathalie Nahai has been developing her musical talent all her life. Having been classically trained in violin and self-taught on guitar, she writes her own music and has been performing in the UK and US for the past three years, both solo and with her band.

Whilst studying at Central Saint Martins College of Art and Design (London), she travelled to the States to record her debut album with multi-platinum Grammy award winning producer Don McCollister. It was released in 2006 on her label, Fuzzy Muskrat Records (FMR), and received critical acclaim both in local and national press.

In 2007 she performed to packed houses in her first UK tour, and returned to the US to record her much-anticipated second album, “Fortune Teller”, which is due for release in June. Earlier this year, Nathalie entered the 2012 Talent Competition for a chance to perform at the handover of the Olympic Torch in August. Through massive public voting and support she has made it through to the final in April, an event which will be televised on ITV and broadcast over the internet.