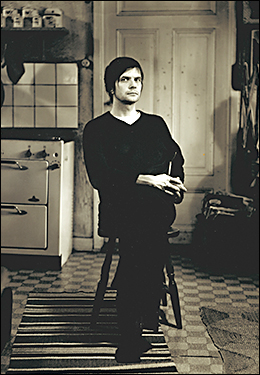 Mårten Lärka is a pop oriented singer, songwriter and troubadour, from the northern part of Sweden. He has mostly used Swedish lyrics, but now also sings in French.

The music of Mårten Lärka is minimalistic with the songs clearly defined in the centre. Rock’n’roll or lullabies. The lyrics are given with a mix of humor and seriousness, with the modern society in focus.

Mårten Lärka has attracted creative youngsters, curios children and cultured adults for more than a decade. He has been touring with his personal style all through Sweden, and parts of Germany.

Mårten Lärka started his musical track in the 80´s. In the 90´s he belonged to the swedish indie scene with Opossum, who later on became The Trimatics. He has also been involved in a Swedish Grammy, for performing 2 classic children songs on "Älskade Ramsor, Sagor Och Sånger Från Barnkammarboken, Vol 4" in 2007. But that's another story...