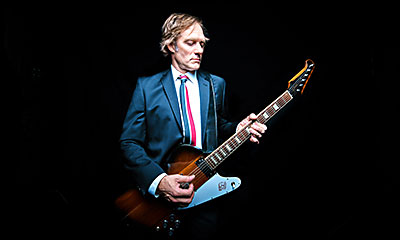 Kurt Deemer Band is a union of indie rock musicians who emerged from the Baltimore club scene and coalesced around the melodic pop songs of frontman Kurt Deemer. Many years of songwriting have given Kurt’s compositions a rich and timeless feel. They draw from the same American musical heritage as Tom Petty, Dave Grohl, and Paul Westerberg to name a few. There is an unmistakable style that has been well honed yet resists the stereotypes.

Kurt Deemer Band is a shambolic mess of rock optimism, a glitch in the matrix of today’s musical landscape. Real songs played with real instruments by real people. Take the red pill…

Deemer and bassist Kris Maher are Baltimore natives. Lead guitarist John Christensen hails from the Iron City, and Brit Steve Rose holds down the beat. The foursome have released 3 recordings in the past several years, and some members predate Kurt Deemer Band to Kurt’s previous band, Vulgaria. A chemistry and comradery prevail, the kind that canonly come from playing countless shows and arranging heaps of songs together.

It’s said that “they don’t write songs like they used to…”, Kurt Deemer does. But his contemporary take on a classic writing style and a uniquely driving guitar push the band in unexpected directions, venturing where ordinary power pop rarely dares to tread. The Kurt Deemer Band performs regularly in the Baltimore and Washington areas and well beyond. They invite their audience on a collective journey, delivering a unique brand of intimate songs embellished with wide ranging interpretation.