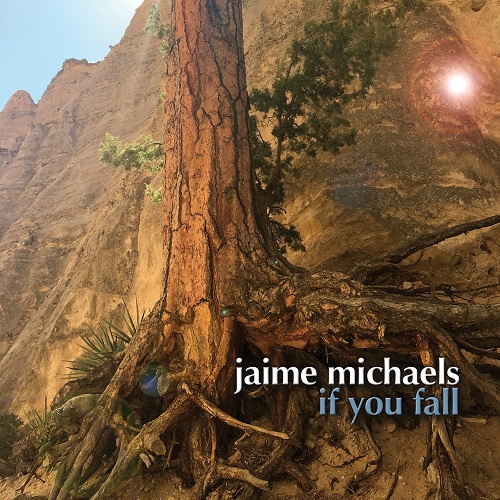 A venue operator in California refers to Jaime Michaels as a songwriters’ songwriter. He came late to the craft having enjoyed a long career as a covers artist both as a soloist and, for a while, full tilt rock and roll band lead singer with The Truly Dangerous Swamp Band. Not being much of a radio fan, he chose his covers carefully, sometimes something recognizable like Dylan or the Beatles, sometimes just damned fine songs he happened to run across from lesser known writers like Canadian Murray MacLauchlan. He sang the hell out of all of them.

Something happened a few years back when he moved west, far from his east coast roots, to a new home in Santa Fe, NM. Maybe it was just the change of scenery, something in the big western night sky, but the songs started coming. Finely crafted. Tuneful. Both spirited and spiritual, songs of kindness and true emotion. 11 albums, so far, with Jono Manson in the producer’s chair for the past 9. Their 2013 effort, "Unknown Blessings", is a fund raiser with 100% of the sales going to the Kerrville Folk Festival Foundation’s teen music camp. That album, along with 2011’s "The Man With The Time Machine" and his most recent, 2016’s "Once Upon A Different Time", have all won the New Mexico Music Awards album of the year award.

Jaime continues touring both in the US and in Italy where "Once Upon A Different Time" was released on Appaloosa records in 2016. He toured in Italy in December 2017 with keyboardist Radoslav Lorcovi?. 2018 dates included a mainstage set at the 2018 Kerrville Folk Festival, a summer tour in California, and a tour in Texas in the fall, with fellow singer songwriter Rj Cowdery. He appeared next on Appaloosa Records’ tribute album to Townes Van Zandt, "The Wind Blows", on the 1st track, a stellar cover of "Snowing On Raton".

And now a new album, "If You Fall", again a collaboration between Jono, Jaime and a new recording band consisting of Austinites Paul Pearcy on drums and Ronnie Johnson on bass, New York City and Nashville veteran pedal steel, mandolin, guitar wiz Jon Graboff and on keyboards and accordions, Radoslav Lokovi?. As always, there are some stellar originals, and a couple of moving covers.