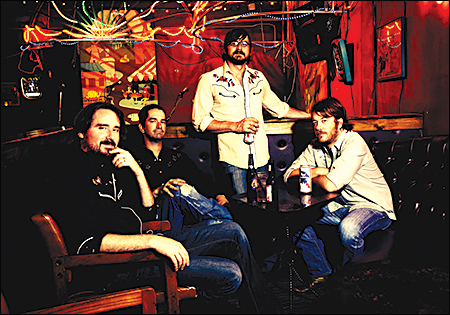 Grand Old Grizzly exploded on to the Texas music scene sharing the stage with Blackberry Smoke, Leon Russell, Rodney Crowell, Creedence Clearwater Revisited, Soulhat and many more. The band has received multiple nominations from the Houston Press including “Best New Act” and “Best Folk-Americana”. Through their headlining performances at The Continental Club, Fitzgerald’s, various festivals and The House of Blues, they have been solidifying their reputation as one of the best live bands in Texas.

Grand Old Grizzly’s sound falls somewhere in that grand lexicon of americana music. Is it country, rock, surf, folk? Yes. While the musical styles may vary slightly from song to song, the songwriting remains solid throughout, a testament to the bands lyrical wit and musicianship.

Appearing at music festivals throughout Texas, including the main stage at Free Press Summer Fest (the 2nd largest music festival in Texas), has spread the word of Grand Old Grizzly and opened up their music to a whole lot of new ears. Be on the lookout for their newest release, "Cosmonada", now available!