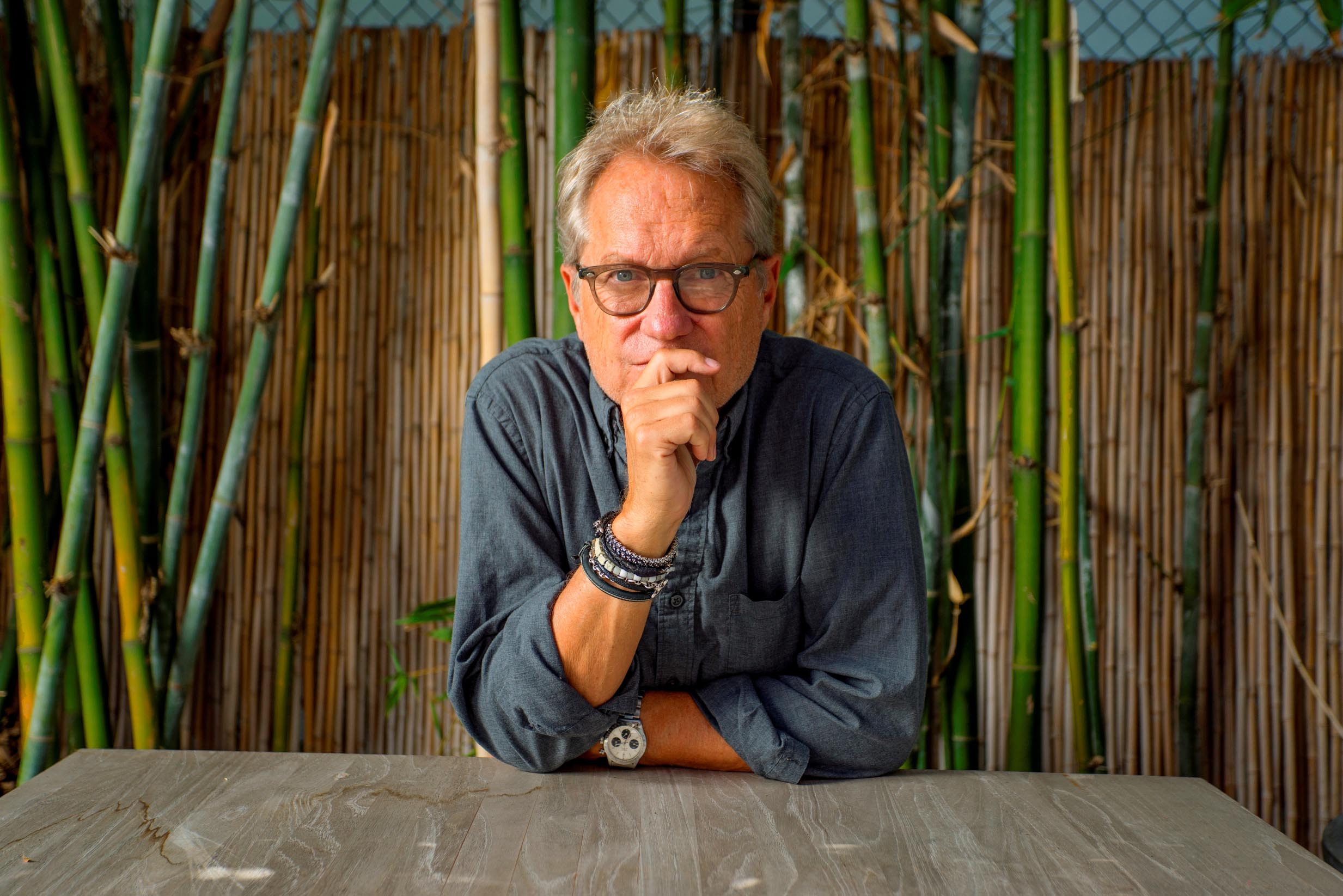 We play all these venues”, says Gerry Beckley, who co-founded and has been with the legendary rock group America for some 45 years now. “I’m backstage and I see head shots of who has played there too, we know virtually every one of them. Almost all of them show someone looking right at the camera and smiling. But”, he continues, “every now and then you see one that’s in high contrast, where the artist is off to the side rather than in the middle. The point is, it’s a fine line between being a bit silly and over clever and actually doing something different”.

That, in 2 paragraphs, is how Beckley looks at the world and his place in it. By any conventional measure, he is a superb songwriter, a master of popular composition and a distinctive singer whether as the lead vocalist on “Sister Golden Hair” and “You Can Do Magic,” in harmony on “A Horse With No Name” and “Ventura Highway,” or singing on his group’s other classic singles or on solo projects.

At the same time, there’s something in Beckley’s work that skews toward the edge, never at the expense of musical quality but perhaps to avoid being sucked into the maws of commercial conformity. Nothing exemplifies this better than his latest album, and first for Blue Élan Records, the shimmering "Carousel", which is at once similar to and utterly unlike everything he’s written and recorded until now.

“Very seldom is there a project where I’ve got a new batch of songs and I’m going to interpret them in some different way”, he explains. “Instead, my albums do involve taking a complete scope of my thought processes and snapshots from my life over a period of years”.

Even so, each of his solo albums has a distinctive character. Beckley looks back fondly on his first release, "Van Go Gan" in 1999, which had been inspired in part by the bare bones simplicities of Neil Young’s "After The Gold Rush" and Paul McCartney’s eponymous solo debut. To an extent, that aesthetic also guides "Carousel", recorded at his Los Angeles studio, Human Nature, on which Beckley plays all the instruments, except for a few moments when an euphonium, a saxophone or an oboe proved essential as a coloristic ingredient.

As for the meaning of "Carousel", Beckley leaves it up to listeners to reach their own conclusions. After all, aside from 3 intriguing covers, he wrote this music over a period of decades, in different places and stages of his experience. Still, it’s hard to imagine there wasn’t some rhyme and reason guiding him and ultimately his decision on which 12 songs he selected for this album.

For example, "Carousel" seems to tell a somewhat nostalgic if not regretful story. In his sensitive arrangements and artful interactions of melody and harmony, Beckley reflects a life that keeps him separated far too long from his love one (“Tokyo”), adds to that a sense of a relationship ebbing from his grasp (“Once A Distant Heart”), of fear of running out of time (“Lifeline”) and a premonition of personal decline as 'I walk the line ‘til I fade from existence' (“Minutes Count”), and more, up to a resigned but not at all unpleasant acceptance of fate on the title track.

“I come from an era when an album was the normal listening experience”, he says. “Today, the notion of making a listening experience that’s 20 minutes or longer has been pushed to the side. People think it’s old-school, but to me it’s really valid”.

As "Carousel" proves, so, too, is the idea of craftsmanship serving the emotions of a song or lyric. “You can talk about chord sequences in an esoteric way”, Beckley observes. “But each chord can represent an emotion. Together, 2 chords can sound happy or morose. The key, as I always tell songwriters who ask for advice, is to ‘write personal’. If you write from your heart, it doesn’t matter what other people say. If it’s fastened to some fiber inside of you, you know it’s going to mean something”.

Along with his own songs, Beckley often and freely pays homage to music that inspires him and the writers who conceived it. On "Carousel", he shines the spotlight on 3 such titles, Spirit’s classic “Nature’s Way”, in part because of its sophisticated but accessible structure, Gerry & The Pacemakers’ “Don’t Let The Sun Catch You Crying”, one of Beckley’s favorites growing up in England, and Gerry Rafferty’s “To Each And Everyone”, simply because 'it’s one of my favorite songs of all time'.

He also pays tribute through details that evoke the performers he loves, such as the Chicago-inspired horns and Beatle-esque vocal riffs on “Lifeline”. “And why not?”, he asks. “You can go back to when I played lap steel on ‘Sister Golden Hair’, the DNA came directly from George Harrison. I think I’m allowed these references. The thing is that none of these things yell out from the music. Whether I’m acknowledging someone I’ve known and respected, like George, or doing something completely my own, I would much rather that each element in the music is discovered. I want listeners to say, ‘I want to hear that again’, because you haven’t heard everything about it if you’ve played it only once”.

Beckley has nurtured his artistry not just with America, but extensively in many other endeavors. He has added vocals, guitar, original compositions and creative input in the studio with Harry Nilsson, Chicago, Dan Fogelberg, Beach Boys and other innovators. He wrote music for the John Waters film "Cry Baby". He’s performed on soundtracks to The Simpsons and Sesame Street. He’s even sung parts for Alvin & the Chipmunks.

“I spoke recently at Loyola University”, Beckley notes. “I talked about doing a hundred shows a year for 46 years, but the thing that floored the class was when I admitted that I’d even been a Chipmunk”.

Beckley’s schedule is as busy as ever, not just with musical projects but also with his passion for photography and a commitment to dividing his time between the LA area and Sydney, Australia, where he maintains a home with his fiancée and her children. These obligations, fulfilling as they are, make "Carousel" an even greater accomplishment.

“I’ve explored so many avenues and had so many wonderful opportunities”, Beckley concludes. “During America’s years of being produced by George Martin, if we wanted a 60 piece orchestra, it was there for us. The main thing I learned from him, though, was to keep focused and remember that your options are unlimited. That applies completely to "Carousel". Making this album was hard work, in the best possible sense”.

What, then, is his interpretation of its meaning? Beckley thinks for a second before replying, “In the same way the Beatles called their album 'Revolver' because it goes round and round, so does a carousel. Our messages are actually very similar, we’re on this wheel of life. As long as we’re on this circle, time is not our enemy, time is our challenge, it’s a little bit tragic, but also beautiful.