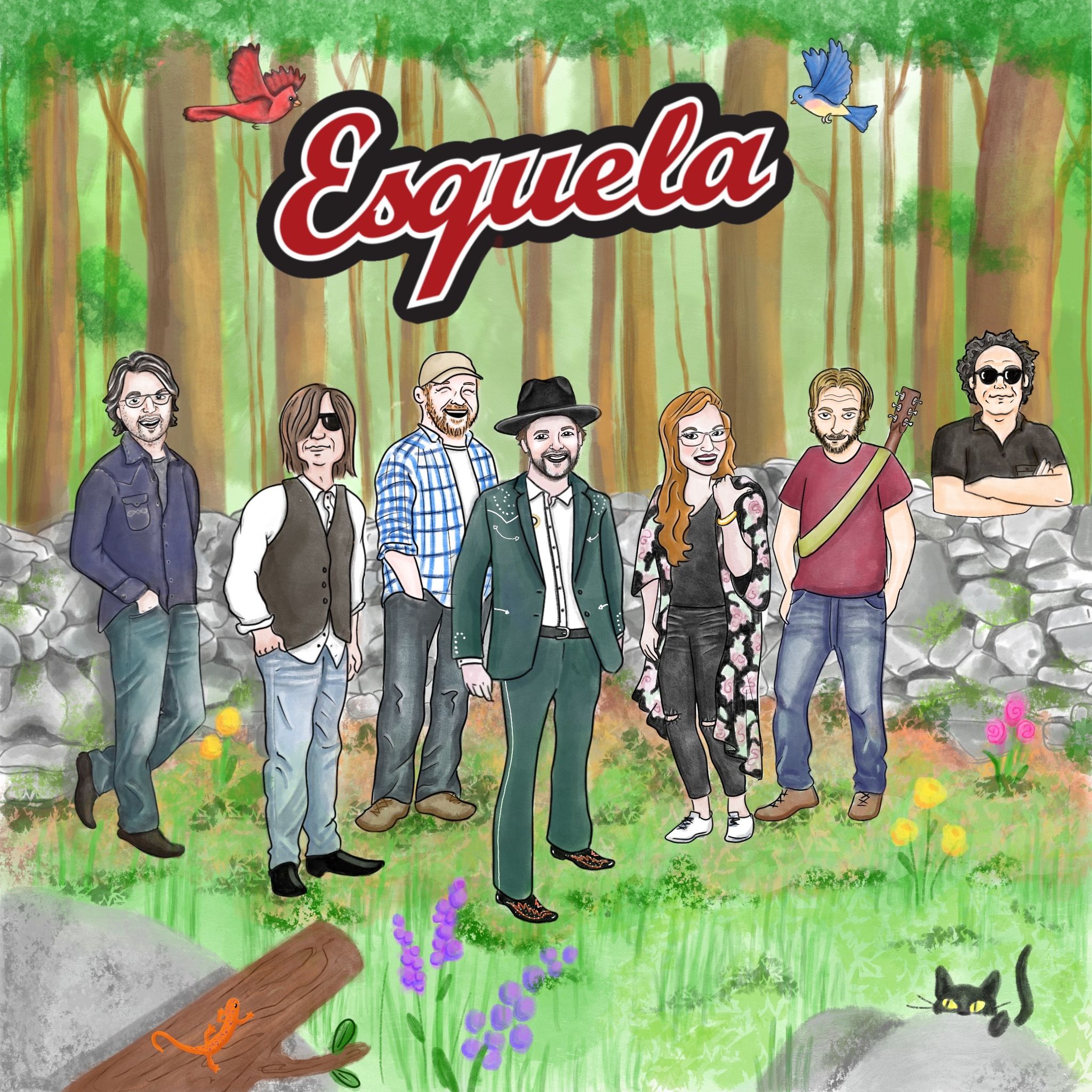 Esquela announces the June 25th, 2021, release of their 5th studio album, "A Sign From God". The 10 track album, produced by Eric 'Roscoe' Ambel and recorded entirely remotely over the course of several months during the spring and summer of 2020, addresses several issues that were at the forefront of our cultural conversations during the pandemic, racism, sexual assault, and the climate crisis.

For Esquela’s 1st album since 2017, the band tackles songs about larger issues in the world around them. The album kicks off close to home with the anthemic “Not in My Backyard”, which addresses the hypocrisy of humanity regarding our climate and our impact on the earth, and ends with “Wait For Me”, a poem written by Konstantin Simonov, a Russian soldier during World War II, about the struggles of being away from home fighting a war.

In between, we travel to the French village of Oradour Sur Glane, destroyed by the Nazis in 1944 in “Oradura”, explore racism in the deep south based on a personal experience in “Three Finger Joe”, and home to Delaware County to explore some local history in “Two Stones”.

Other standout tracks include “Rest Of My Life”, which starts with the optimistic line of “I feel good, I feel lucky”, and an upbeat verse that turns dark once the bridge hits as we follow the story of a man taking advantage of a woman during a night out. “What’s Your Problem?” was written in reaction to the social unrest that was sparked during the summer of 2020, specific to the George Floyd tragedy. Finn was inspired to write the song because until people speak out and recognize how unfair racism truly is, change will never come about.

Esquela is John 'Chico' Finn, the songwriter and vocalist, Keith Christopher on bass, Brian Shafer on guitar, Becca Frame on vocals, and Matt Woodin on guitars and mandolin. Brian and Becca also wrote the arrangements for “Wait For Me”. Mike Ricciardi played the drums at NewClear Studios, with Jeff Stachyra engineering. Each of them played their parts remotely in an order that shaped the songs. A 70’s style overdub album, all done remotely, 2020 style. Roscoe produced the tracks from his home studio, Evie’s Terrace in Clinton Hill, Brooklyn, playing guitar and singing killer harmonies, while his wife Mary Lee Kortes joined on key backing vocals.

In addition to the pandemic making recording together in person impossible, the band’s efforts to get a band photo were also unsuccessful. Their creative solution was to commission artist Kate Burrascano (@crittercity) to replicate their likeness in a fun illustration.