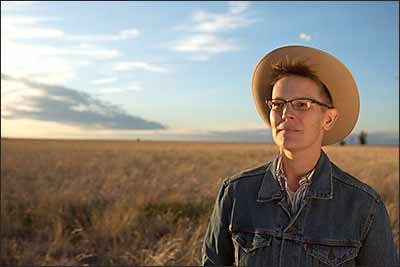 The daytime auto mechanic and nighttime singer songwriter effortlessly infuses her new collection with equal measures swagger and sway. “I found an immediate connection with Emily”, Fishell says. “Her voice rings like Rosie Flores did in the 1980’s when I played with her during the Los Angeles cowpunk movement. She has that energy and fire”.

”Gliding” shows both while deftly balancing sharp songwriting with endlessly energy. Spiritual motion guides the journey. “Gliding's a movement with a certain stillness attached”, the longtime central Texas resident says. “You're at the mercy of the wind along with the extreme force of gravity. The title track leads you off the ledge and into a moment where time stands still, your thoughts slowly moving through what could have been with only the implication of the inevitable”.

The elegant narrative measures up. “It's completely unintentional that this album has such an undercurrent of sadness”, Herring admits. “Even the covers are just songs I love and love to sing. Only one song maintains an honest to goodness uplifting lyrical quality. A few suggest the possibility of a happier tomorrow, but today's usually still painful in some way. Even 'Semi Truck' is a theoretical bummer”.

Few songwriters frame such direct lines toward heart and home. “I'm eager for her to become more well known in the americana world”, Fishell says. “Emily's music speaks to me and makes me smile. She's a poet, very personal and passionate in her writing, heartfelt and soulful when she sings, a universal artist who rings true and with honesty and such a compelling voice. I think people will take notice and want to hear more. She's truly inspiring and I was lucky to work with her. Plus, she laughs all the time and is a joy to be around”.