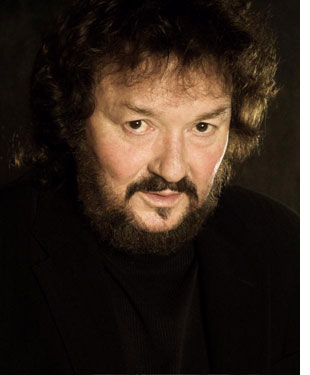 Delaney Bramlett's musical history spans three decades making it difficult to pinpoint in such a short space his contributions to the world of music. Known as a great songwriter, singer and musician, he has also been a mentor to some of the very best: Eric Clapton, George Harrison, JJ Cale and Bobby Whitlock to name just a few.

From modest beginnings in Pontotoc, Mississippi, Delaney worked his way to the top, but not before a few side adventures. Life in his hometown wasn't for the budding music man and the only way to survive was to pick cotton or join the Armed Services. Delaney joined the Navy for three years and said goodbye to Mississippi. After his release from the Navy with Mississippi in his heart and his feet in Los Angeles he moved his family to be with him, where he has remained ever since.

Living in Los Angeles now, he became a regular on the TV show Shindig as a Shindog, the house band. He was already busy writing with the likes of Joey Cooper, Mac Davis and Jackie DeShannon. Over the years, some of his songs have reached "standard" status such as "Superstar", "Never Ending Song of Love" and "Let It Rain”, among others.

After Eric Clapton joined Delaney on tour he produced and co-wrote songs for Clapton's first solo LP. Due to contractual obligations he relinquished the writer credit to his then wife, Bonnie Bramlett enabling him to keep them in the family. Clapton still credits Delaney for pushing him to sing and teaching him the art.

George Harrison had his first slide bottle placed in his hand by Delaney who quickly taught George how to play slide and write a Gospel song. Out of that lesson came "My Sweet Lord".

He has produced an assortment of artists such as Etta James, Dorothy Morrison (on "Happy Day") and wrote for and produced Elvin Bishop, John Hammond, Bobby Whitlock and the Staple Singers.

He did the late great King Curtis's last LP and taught Curtis to sing, out of which two hits came, "Teasin"' and "Lonesome Long Way From Home". King Curtis kept a room at Delaney's and they spent hour after
hour playing and recording together.

The term "Friends" was coined by Delaney to describe his band and soon the world became his friend. Those involved with Delaney over the years have been many. Joe Cocker sang on the "Motel Shot" LP and Jimi Hendrix joined the "Friends" for a couple weeks of touring. Clapton, Harrison, Duane Allman, Dave Mason and Billy Preston all have been friends too. John Lennon and Delaney collaborated together and Delaney played the friend role as a member of Lennon's Plastic Ono Band. Jerry Lee Lewis requested Delaney's presence during the recording of his famous "London Sessions" album in England. But Duane
Allman and Delaney became best friends sharing ideas, musical licks and a never-ending friendship which to
this day he remembers fondly.

Legendary producer and founder of Atlantic Records, Jerry Wexler says some of the best music he ever heard was played by Duane and Delaney on his back porch. They played many nights there, doing old Robert Johnson and Jimmy Rogers tunes

A few of the artists who have recorded Delaney compositions are Luther Vandross, Ray Charles, Chrissie Hynde, Phoebe Snow, Staple Singers, Sonic Youth, Osmonds, The Carpenters, The Everly Brothers, Crystal Gale and even Lawrence Welk used "Never Ending Song of Love" as an opener for one of his shows.

There isn't a singer or musician in the world that doesn't feel comfortable with him, regardless whether it's on the front porch, in the studio or playing in front of thousands.

Delaney Bramlett has always attracted the best and had the magical ability to make them even better. It's easy to say every musician under the tutelage of Delaney has become a "Superstar".

The new album "A New Kind Of Blues" was released in 2008 and "Rise Up" will follow soon.