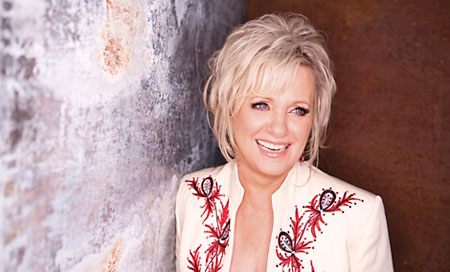 Dolly Parton once famously said, "There are only three female singers in the world; Barbra Streisand, Linda Ronstadt and Connie Smith. The rest of us are only pretending". That's perhaps one reason new music from longtime Grand Ole Opry member Connie Smith can be celebrated as an "event." Of course, the other reason might just be that the last album Connie released came nearly 13 years ago - and its predecessor arrived in 1978.

'Long Line of Heartaches,' Connie's 54th album, is set for release on Sugar Hill Records on August 23. The collection promises to be business as usual for the country singer whose most memorable hits include 'Cincinnati, Ohio,' 'Just One Time' and the record-setting 'Once A Day.' That 1964 smash, written by Bill Anderson, spent eight weeks at No. 1, becoming the first debut hit by a female artist to ever top the chart. The new album, she declares, will continue in the traditional vein.

"I've had people ask me what this album was going to be like", says Connie, "since it's been a long time since they've heard me on record. But my musical tastes have remained the same. I wanted this to be traditional country, and it is. I have such a deep love for traditional country music. We can talk about the music slipping away, or we can do something about it. The only way I know to do something about it is to keep singing what I've always loved".

Recorded at Nashville's legendary RCA Studio B, where most of Connie's best-known hits were also cut, the upcoming album will include five new songs co-written by Connie and her husband Marty Stuart, who also produced the collection. The remainder of the songs on the album come from iconic songwriters such as Harlan Howard, Johnny Russell and Kostas. Of special note is 'A Heart Like You,' penned by Dallas Frazier, writer of such classics as the Oak Ridge Boys smash, 'Elvira'. 'A Heart Like You' is the 69th Dallas Frazier tune that Connie has recorded. It's also the first new tune from Frazier in 30 years.

In another first, Connie and her three daughters, Julie, Jeanne and Jodi, harmonize on the contemporary hymn, 'Take My Hand'.

'Long Line of Heartaches' is due in stores from Sugar Hill Records August 23rd, 2011.