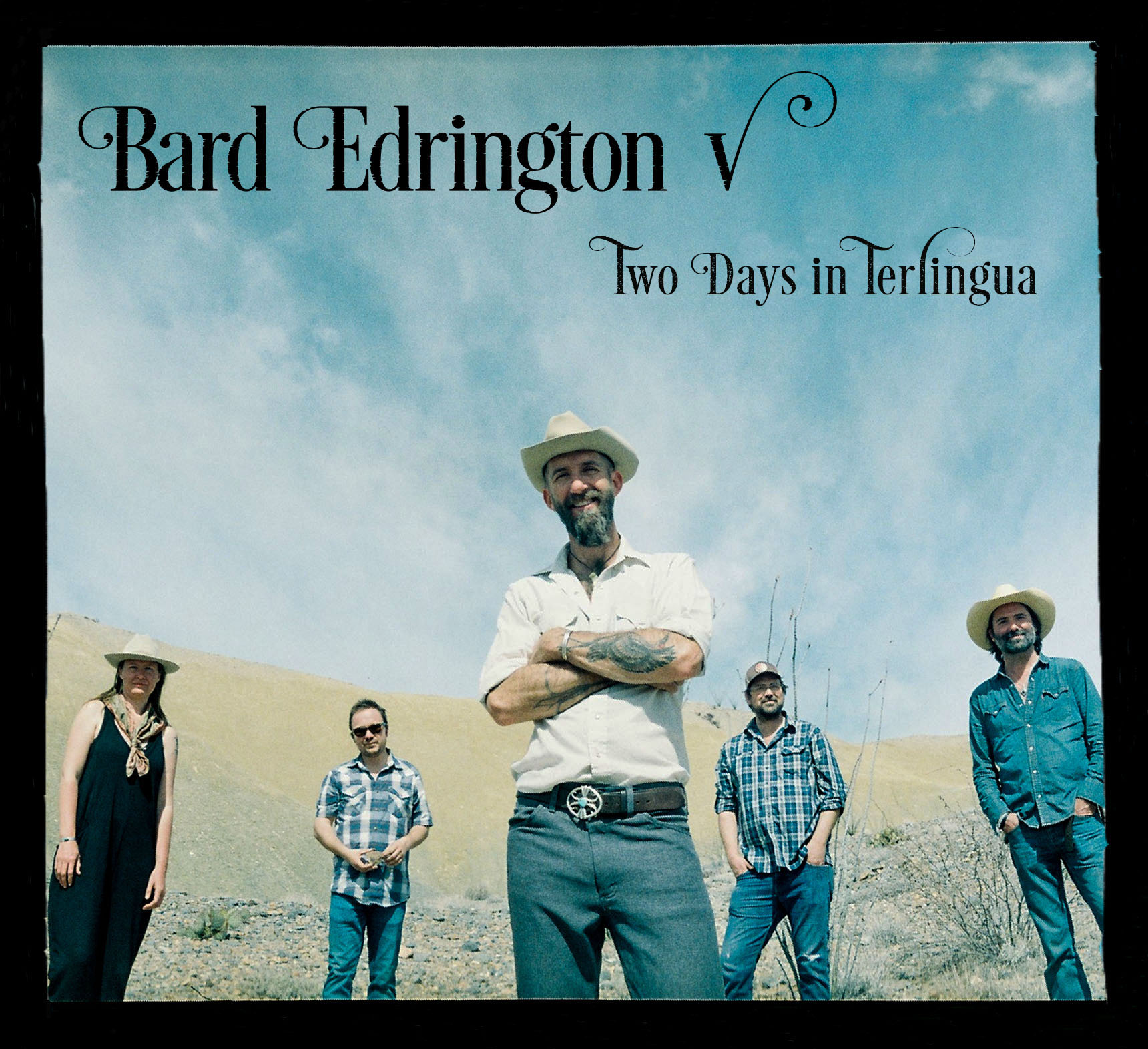 For Bard Edrington V, a new album is much more than a collection of songs recorded in a studio. It’s a chance to step out of the normal day to day life and create a unique musical experience. It is an opportunity to join with incredibly talented musicians to create in sound and in memory something more extraordinary than any one person could create.

That’s why when recording engineer, Bill Palmer, presented the idea to set up a mobile recording studio in a hundred year old church at the northern tip of the Chihuahua desert, Bard jumped at the chance and began gathering the musicians that inspired him most. He put together a band of diamond tight rhythm and expansive, collaborative soloist.

All that separates Terlingua from Mexico is the protected wilderness larger than the state of Rhode Island, Big Bend National Park. This landscape that is free of forest and humidity, was, for Bard, also free of any responsibilities outside creating music. Yet, like the desert vastness deceptively holds a diverse prism of life, in the still church of a quiet town, Bard’s album would burst forth with celebrated life.

The band set up right away. They formed a tight circle, mics close where all the players could see and hear everyone else as they would not rely on headphones. They would play with intuitive flexibility, as if they were home in the living room and they would need to play quietly, as intent on listening to the others as much as being heard.

After the 1st take of "Ramblin’ Kind", it was clear they were at the forefront of something special. Each song was recorded with only 3 takes, no overdubs, and recorded in the sequence in which they appear on the album. As the stories unfolded in lyric and notes, the barn swallows freely came and went through open church windows and doors, alighting on their nests in the rafters. The church bells followed their schedule as usual, recording or not. For those musicians, heaven seemed closer in Santa Inez church those 2 days.

Everyone put their marks on the songs. The Palmer brothers, Jim and Bill, were the backbone to the songs. Having played together since childhood, their timing seems bonded in blood. Karina Wilson, always skilled and diverse, came into full bloom on "Property Lines" and "A New Day On The Farm". Alex McMahon blurred the lines between reality and other worldliness on "Strange Balloon". Bard’s ability to paint a picture in his lyrics has the power of a children’s storybook, particularly in "Bard And The Bears" and "Masterpiece Of St. Mark’s Square". Zoe Wilcox brings her acumen to the lyric’s in "Athena’s Gaze" as well as Mabel Edrington, showing her post humous poem, "Dog Tags 1942", about the heaviness of war is just as true today as it was when she wrote it in the mid 1940's.

If you can, listen to this album as it was recorded, in one sitting, and let the parade of talent flow in and out like the church swallows who were the first to hear it.